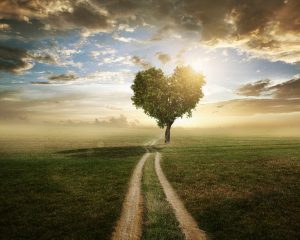 Help! I need to know if I am dealing with a Narcissist

Right now, everyone seems to be dealing with a difficult person in their life who is likely the dreaded narcissist, especially in family of origin.  There is a wide spectrum of Narcissistic behaviors but generally they don’t feel empathy and have a conscience the way most people do, and they love, love, love drama, like really love drama especially if its drama they created.

This sets them up for behaviors where they create drama and pain all around them with no remorse or empathy for the pain that creates in the lives of others…sound familiar?  Are you picturing someone like that right now?  I seriously hope it’s not your spouse!

The worst part is that if you aren’t wired that way, as most people aren’t, it may not even occur to you that your being played by a master manipulator and conductor of a symphony of drama..and that’s how they like it.

Everything they do is the best:  Whatever they do, whatever occupation they have and even whatever car they own is “the very best” and they would love to tell you all about it, especially if its clearly not. That 15-year-old POS car they own is “the best one Detroit ever made” even if it was made in Mexico.

No Self-deprecating humor:  In their “Image is king” world the idea that anything they do is less than the very best is unthinkable, and they can’t even make a joke at their own expense.

Take everything WAY too personally:  This is the person who suddenly losses their shiz out of nowhere and accuses you of something mean. You may think it was your fault but in reality they were looking for a reason to create drama and have you begging for forgiveness for something you really didn’t do.

Someone in their life is “crazy”: This one you need to watch for.  NPD’s always have a “crazy ex” crazy family crazy employee etc..  This “crazy” person is typically someone who pointed out the narcissist’s bad behavior at one point and is now being called “crazy”. It’s a major red flag when you are on a date, and someone starts talking about their “crazy” ex.  Run, this person is not for you.

So religious or charitable:  I hate to say this because I wish it wasn’t true, but the biggest narcissists hide out in religion.  They love how being an important person at their church or temple gives them an air of authority or credibility that they might otherwise have to earn through actions.  I am always leery of anyone who talks at length about how spiritual they are.

They are either the Victim or the Leader:  In the story of their lives, they are usually either the victim of circumstances with lots of “poor me” stories or they are the hero who saves the day for others.  Yes, people do that but its usually not the first thing they tell you about.

Charming, charismatic and generally well liked in the community:  These are people who are outwardly well received and appear to the world to be good, kind and upstanding but ask their close family what they are really like, and you get a different story.  I bet you are picturing someone like that right now aren’t you?  Again, hope it’s not a spouse.

They don’t listen:  They will accuse you of not listening to them, but the truth is they genuinely believe they know best so they do not listen to what you say especially if you are giving advice.

Got it Jill, I know someone like that so what do I do?

Great question with no easy answer but learning more about this problem is a great first step but generally speaking here’s two basic tips:

Know that when it comes to narcissism you are dealing with a master manipulator, and you will likely never be able to win an argument so don’t even try.  If possible move this person as far to the edge of your life as possible and even better, let them go for ever.

I hope I haven’t just outed like 8 members of your family but if I have at least now some of their behavior makes sense right?

As a reward for reading this much longer than normal newsletter below is a coupon code for $15 off any Intuitive reading or Hypnotherapy session in the month of September.

Know that you are loved and that whatever happened, it wasn’t your fault.

www.jillkthomas.com
Author of the books “Tales from the Trance” & “Feed your Real Hunger”